Lydia Dean Pilcher (Producer/Director) is a two-time Emmy winner and Academy Award nominee based in New York City. She is inspired by themes of cultural identity, female empowerment, and social justice, and has produced over 40 feature films including 12 films and the six-hour mini-series, A Suitable Boy, with director Mira Nair. Pilcher  is a long time environmental activist and believer in the power of stories to create change. She recently directed a WWII female spy thriller, A Call to Spy (IFC Films).

Ginny Mohler (Writer/Director) is a filmmaker, writer, and visual artist. Prior to Radium Girls, she worked as a producer and researcher on non-fiction television programs. Mohler's background as an archival researcher laid the groundwork for her passion for untold stories about women who challenge structures of power. Mohler has been an Artist-in-Residence at the Virginia Center for Creative Arts, VCCA Moulin à Nef in France, and the Studios at Mass MOCA (2020). She has a BFA in Film & TV from NYU Tisch School of the Arts.

Emily McEvoy (Producer) is a Michigan-born, New York-based producer. She produced the film MATERNA (Tribeca '20), starring Kate Lyn Sheil and Rory Culkin and directed by David Gutnik, which was awarded 2 prizes by the Tribeca Jury. Emily produced the short film Cheer Up Baby (Sundance '18) directed by Adinah Dancyger and starring Bobbi Menuez (I Love Dick, Euphoria) and is finishing the debut film by director Betsey Brown, "Actors", starring her brother Peter Vack (Mozart in the Jungle, Love Life). McEvoy is passionate about the tool of storytelling - its capacity to teach us about ourselves, to find unity points, and to reflect the never ending complexities of our collective human experience.

Abby most recently played a lead role in the comedy Good Girls Get High and starred alongside Edie Falco, Jenny Slate, and John Turturro in Landline, a film by the same creative team behind the multi-award winning Obvious Child. In television, she recently appeared in Arkangel, an episode of Netflix's Black Mirror that was directed by Jodie Foster, and in an episode of AMC's Better Call Saul. She played Annie in Greta Gerwig's award-winning adaptation of Little Women.

Colby Minifie can most recently be seen in the hit superhero series for Amazon, The Boys, created by Seth Rogen and Evan Goldberg. She also stars in season five and six of Fear the Walking Dead, and is in Charlie Kaufman's highly anticipated film on NETFLIX, I'm Thinking of Ending Things. In 2018, Minfie starred as Ginger in the award-winning series, The Marvelous Mrs. Maisel; and in 2015, she starred in the popular Netflix series, Jessica Jones. Minifie started acting when she was twelve years old and has notable stage credits including the Broadway revival of Six Degrees of Separation; the Roundabout Theatre Company's revival of A Long Day's Journey Into Night, alongside Jessica Lange; and the very successful Off-Broadway run of Punk Rock for MCC Theater. Other film and television credits include The Blacklist, Law & Order: SVU and Nurse Jackie. 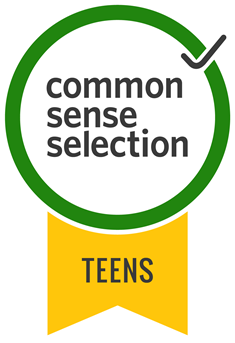